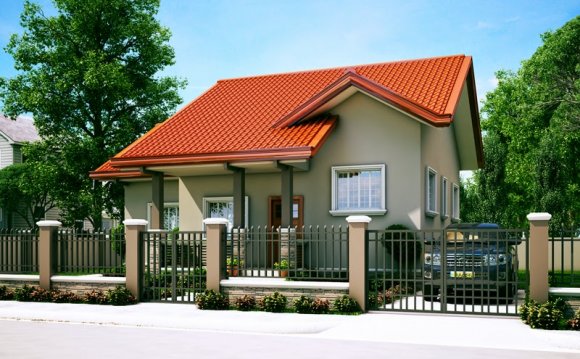 In what can only be described as a truly “out of the box” approach to the design of the house (pun intended), the SCI-Arc/Caltech team has wrapped the polygonal house in a “skin” that acts as what the team refers to as “outsulation.” This skin is a system of cellulose-filled batts fastened in layers to the outside surface of the roof (underneath the house’s 235-W photovoltaic panels) and exterior walls. This forms a shell, which is wrapped in airtight and water-resistant, architectural-grade, polymer-coated vinyl.

Inside the house, the team has designed a stepped interior, which is divided into a series of platforms terraced upward and inward from most public to most private. The CHIP team is taking its house to new levels—the top and outermost of which serves as the bedroom, where upon awakening the occupant experiences a downhill progression via each level, which are bed/groom/dress/eat/live/work, and then backward in the evening.

In addition to the solar panels on the roof of the house, CHIP is filled with technologies that reduce its energy footprint. One innovative technology inside the house is the thermal integration between the HVAC heat pump, which extracts heat from the interior of the house, and the domestic hot water heat pump, which dumps heat into hot water. By using the waste heat from the air-source heat pump to heat hot water, the team says the house will see “tremendous energy savings while fully satisfying air conditioning and hot water demands.”

Other energy-saving technologies include a lighting strategy that takes full advantage of natural sunlight through solar tubes and light louvers and uses energy-saving LEDs and CFLs during nighttime hours. CHIP also has a state-of-the-art home automation system that is able to monitor every watt of electricity used by the house and then visually communicate the information to its occupants. CHIP is even connected to the Internet, which means the house can receive weather-forecast information, which allows it to predict cloudy skies and conserve power generated by its solar panels during peak sunlight hours. The team says this system plays a central role in “optimizing the behavior of the house” and is able to “control operation of the active thermal mass, shutting down appliances or lights that are no longer used, and gives the occupants an instant understanding of their energy use and, in turn, their energy bill.”

The CHIP team held a groundbreaking ceremony April 2 at the SCI-Arc campus in Los Angeles and since then has kept busy with various fundraising and awareness events, construction of the home, and further design elements—all while keeping up with a regular course schedule.

April Saylor is an online content producer and contractor to the Department of Energy Office of Public Affairs.