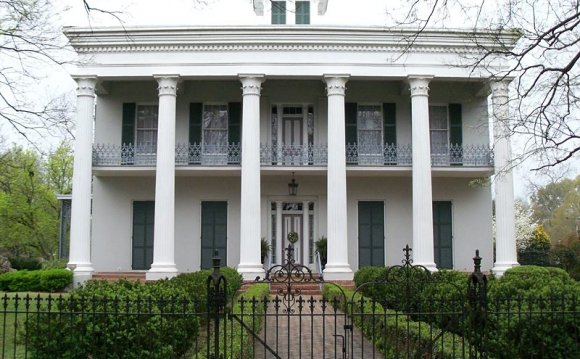 Cornice with dentils - the upper projecting portion of the molding along the top of the building (the cornice) will usually exhibit . This feature is also called a “denticulated cornice.”

Parapet – a short wall running along the edge of the roof, above the cornice. The .

Greek-key surround – an (i.e. overlapping piece of wood) over a doorway that slightly flares out of the face of the doorway surround from top to bottom.

Finally, the tops of windows and doors on a Greek Revival style structure will be (as opposed to the rounded tops on many Italianate structures). If transoms are present,