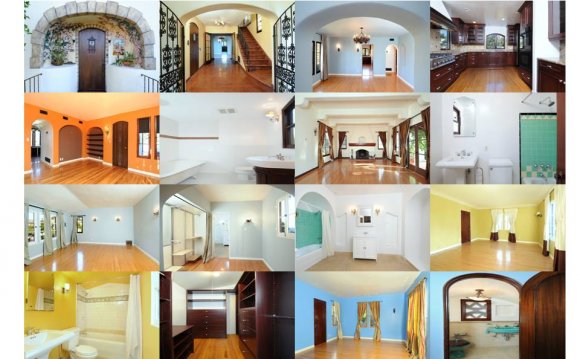 Colonial Revival style homes were extremely popular from 1900 to 1950. After the first centennial of the American Revolution in 1876, a new awareness of traditional architectural forms appeared across the US. From 1920 until mid-century, this architectural style with its variants was the most popular home style in the US. With its simple elegant lines and traditional form, it continues to be one of America’s favorite house styles.

Its popularity stems from its traditional American roots and the flexibility of style. The New England version provides the style derived from the Georgian and Adam architecture of the late 1700s as well as offering uniquely American variations like the salt box and Cape Cod. Others types include the Dutch Colonial with its characteristic gambrel roof and the Four Square.

The following are subtypes of the Colonial Revival style:

Colonial Revivals typically have a rectangular footprint and may be one, one-and-a-half, or two stories. They may have either a hipped or gabled roof with a medium pitch.

The façade is generally symmetrical which gives it formality and balance. Double-hung, multi-paned windows are arranged symmetrically, frequently in pairs. The front door is centered and accentuated with a combination of pediment, pilasters, columns, fanlight, or sidelights.

Siding was frequently clapboard, but with new technologies making it possible, many Colonial Revivals had facings of brick over their wooden balloon framing.

White was the preferred color for many homes with trim in green, black, or other dark hues.

The following characteristics are usually found on the classic Colonial Revival home.