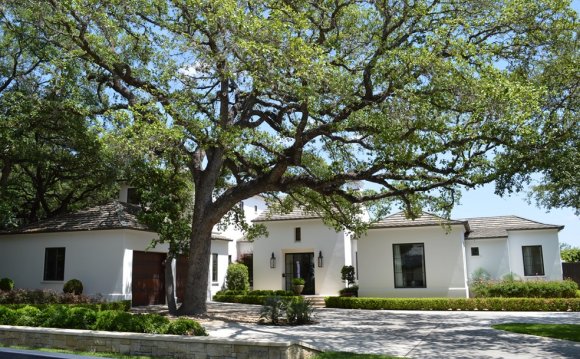 I’ve always been attracted to Arts and Crafts-style homes. My uncle Michael had a great Craftsman house, and I fell in love with its amazing wood details, built-in bookshelves and giant front porch. I promised myself that when I grew up, I would buy myself an “Uncle Michael” house.

When we bought our first house, our son was only a few months old, and all we were concerned about was affordability. These days, I’ve been on the lookout for a great Craftsman home because we’ve more than overgrown our tiny post-war era ranch. The most frustrating thing I’ve run into on my search is that everyone – agents, builders, sellers, you name it – seems to be using the term Craftsman as a catch-all term for their home’s style.

It got me thinking. How many people can identify a Craftsman home? And of those people, how many know that it’s just one style under the Arts and Crafts movement?

History of Arts and Crafts

Craftsman style is a term that falls under the umbrella of the Arts and Crafts movement, which was created as a reaction to the cold and disconnected Industrial Revolution. Arts and Crafts supporters detested mechanized labor that placed an emphasis on mass production over hand-made artisanship. They wanted quality over quantity.

Throughout the 1830s and 40s, British architect Augustus Pugin became an outspoken opponent of mass production. His strong opinions influenced many people, including John Ruskin. According to Ruskin, life was meant to be joyful and happy, not mass produced by machines. Just because the machines were able to mass-produce objects doesn’t mean they were able to do it well. Most were poorly designed and poorly built. It was through Ruskin in the 1850s that William Morris became interested in the philosophy of art, morality and human labor. As a result, Morris went on to become one of the most influential leaders in the Arts and Crafts movement. He truly believed that the movement was more than just a design aesthetic. It was uniting the heart and the mind with the hand.

By the 1870s, the Arts and Crafts movement began to flourish. Unfortunately, in 1896, after the deaths of Morris and Ruskin, the momentum of the movement in England began to wane.

Meanwhile the movement was gaining momentum in America. The American version of the art embraced the use of mechanized labor, with the idea that the use of machines would help more people experience the beauty of the Arts and Crafts lifestyle, which would generate more interest and more demand, which would then push the artisans to create more innovative design works and improve their skills and craftsmanship. In fact, in America, the most successful designers were the ones who combined the art and skill of handcraftsmanship while using the latest production techniques to produce their art.

There was a strong need to rally against the Victorian era and its overly stuffy, ornate homes and design. The excess that Victorian-age homeowners crammed into their homes was the antithesis of everything the Arts and Crafts movement stood for.

Gustav Stickley’s designs began to define the American Arts and Crafts movement. Part of Stickley’s vision was to enable working-class families to experience fine architecture and hand-crafted artistic homes for a price that was affordable. Most of his bungalows sold for about 0 in 1913 (which equates to only about , 000 in 2015). To explore this style in more detail and expose his vision to a greater audience, Stickley published a magazine named The Craftsman in 1901 It’s through this magazine that Craftsman-style homes got their name. This magazine featured original house and furniture designs by the big names of architecture for the time. While initially the term Craftsman meant a home that was built from a design in the magazine, it eventually became the standard name for an Arts and Crafts style.

It wasn’t until after World War II that the United States faced thousands of returning service members who needed affordable housing in which they could raise their families. Frank Lloyd Wright took the bungalow concept and evolved it into the first ranch house. This style evolved into the popular suburban ranch that you can see in every neighborhood across the United States.

The Arts and Crafts movement had a resurgence in the ‘90s that’s lasted to today. Thanks to the “healthy, clean living” trends that developed and traveled out from the Pacific Northwest, more and more homeowners have gravitated to a style that reflected their need for simple, natural, clean elements in their lives. Fortunately, people have recognized the beauty in these styles and have given new life to the amazing Arts and Crafts movement today.

Architectural Styles of the Arts and Crafts Movement

To be clear, Arts and Crafts is the movement that provided the philosophy and the rationale for creating new art and architectural styles. The movement was focused on five simple values:

Under this movement there are four main design styles – Craftsman, Prairie, Mission and Four-Square. These styles borrow from each other as well as different styles outside of the movement, which can make it difficult for the average person to understand the style of home they’re buying.

Bungalows are modest homes that are made of wood siding and brick or sometimes stone. They have broad, low gabled roofs, usually with one or two large front dormers, and wide eaves with exposed rafters under the eaves.

The prominent wide, open porches – sometimes screened-in sunrooms, depending on the area – are supported by heavy masonry or wood piers.

The windows are the most distinctive feature, often using four-over-one or six-over-one double hung windows. What this means is that there are four or six panes in the upper sash of the window to one pane in the lower sash. They are now commonly called Craftsman windows.

It’s thought to have been influenced by the architectural styles of the Bengal region in India. In fact, in the late 19th century, the “Bangala” style home was very popular with English officers who had traveled back from service in India. In 1906, Gustav Stickley featured an article about the style in The Craftsman, and it instantly became popular with architects of the time.

If you’ve seen a Frank Lloyd Wright home, then you can recognize Prairie Style. These homes feature two or more stories with strong horizontal lines. Its low, flat exterior mimics the nature surrounding the home – the flatness of the prairie and the Midwest.

Prairie Style architects were the most deliberate in creating and building homes that were entirely different from the popular Victorian design. Prairie homes have low, horizontal lines and large open spaces compared to the Victorian’s tall, narrow space with closed-in rooms. Rooms in the Prairie Style home are wide and divided by leaded glass panels or low cabinets, rather than walls, to create a more natural open flow.

This style was the only one of the Arts and Crafts movement that was able to survive the post-WWI housing boom. Frank Lloyd Wright was a forward-thinker and he began incorporating many Modernist elements into his homes by the 1930s. By the late ‘40s, the technology had improved to the point that architects could develop and evolve the style into an early Mid-Century Modernist style.

Types and styles of taps explained - My Plumber

Selecting a Dimmer - Types and Styles