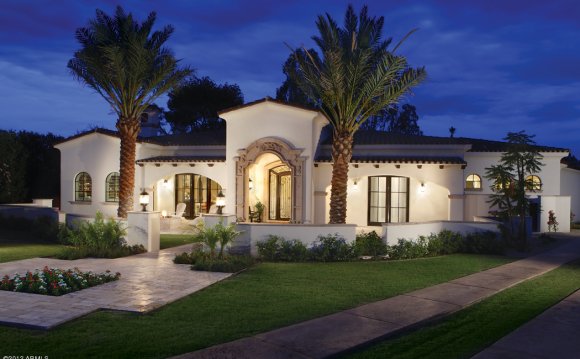 To the extent that modernism in architecture was about clearing the historical decks - about dramatically and even gleefully breaking with the past - Cliff May was never cut out to be a modernist. Not an orthodox one, anyway.

A sixth-generation Californian born in 1903, May grew up spending summer vacations with an aunt on his father's side who held a lifetime lease on one of the original Mexican ranchos in northern San Diego County. His mother's family traced its lineage to Jose Antonio Estudillo, one of San Diego's most prominent founders. And the low-slung, pitched-roof ranch house that May made famous wore its various historical influences easily, without any noticeable anxiety or self-consciousness.

And yet there was always something plainly modern at the core of May's work. His ranch houses were unfussy, even spare. And their smooth connection to the outdoors took the idea of the open plan, central to canonical European modernism, and extended it seamlessly to include the backyard, in the process helping transform the American garden from something to gaze at through the windows into a fully appointed open-air room.

May's complicated relationship with the forms and dogmas of modern architecture stands at the center of "Carefree California: Cliff May and the Romance of the Ranch, 1920-1960, " a rich, deceptively simple-looking Pacific Standard Time exhibition running through June 17 at the UC Santa Barbara Art, Design and Architecture Museum.

Organized by Jocelyn Gibbs, curator of UCSB's architecture and design archive, and the independent curator Nicolas Olsberg, the show is an extended essay on how revivalism and modernism interacted in California architecture, sometimes tacking away from each other and sometimes finding substantial common ground. Virtually the entire exhibition is drawn from UCSB's deep architecture archive, founded by the historian and UCSB professor David Gebhard in 1963.

Elizabeth Gordon, who as editor of House Beautiful magazine spent decades searching for quintessential examples of homegrown American modernism, once suggested that May's ranch house designs were "modern without looking it, " about as high a compliment as she could convey. Over the course of a long and remarkably prolific career, his architecture, even as it expanded markedly in scale, grew simpler and more spare - more confident in the strength of its lines - as if May the modernist finally felt comfortable enough to show himself in full.

Perhaps the most intriguing question the show explores is how May was able to win over the broad home-buying audiences that purer modernists - Rafael Soriano, say, or Richard Neutra - never could. In contrast with the Case Study program sponsored by Arts & Architecture magazine, which commissioned Soriano, Eero Saarinen and Ray and Charles Eames, among many others, to design prototypes for the new postwar house, May and his business partners managed to get his designs built at a truly mass-market scale.

May produced more than 1, 000 custom residential designs in his career, and nearly all of them were built. With backing from banker and oilman John A. Smith, May and one of his young partners, Christian Choate, founded a mass-production line called Cliff May Homes in 1953, which marketed low-cost May designs to builders around the country. Though the enterprise lasted just five years, more than 18, 000 of the Cliff May Homes were completed and sold.

May, meanwhile, designed five houses for himself and his family, each operating as a vehicle for the architect's most innovative impulses even as they mushroomed in size from one to the next. The fourth - in the Riviera Ranch neighborhood on Sunset Boulevard that May laid out and developed - was a thorough re-imagination of the ranch-house design. Thanks in part to Choate's influence, it featured a range of daring elements, including a massive operable skylight over the living room.

Gordon, who just after World War II had commissioned May to design the first of House Beautiful's Pacesetter houses, declined a decade later to publish his fifth house, a 7, 500-square-foot Sullivan Canyon residence (just up the hill from Riviera Ranch) known as Mandalay, saying her readers wouldn't be able to relate to its grand scale.

In the end May handed Mandalay to a rival magazine, House & Garden. In a caption, the magazine made special note of the gigantic terrace, "where 200 can - and do - gather."

Much of May's success was rooted in his tremendous marketing skill. Though he didn't draw especially well and wasn't licensed as an architect until the 1980s, he wrote much of the advertising copy for Cliff May Homes.