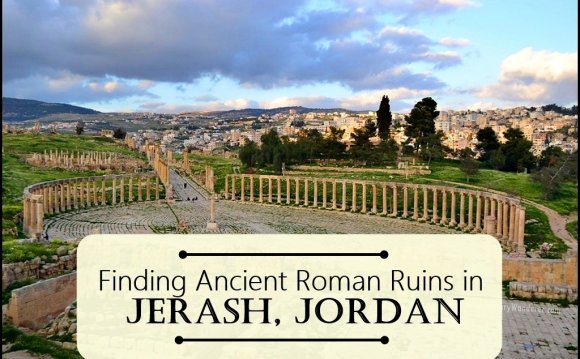 Roman architecture was unbelievably advanced in comparison to other civilisations throughout Europe. Examples of Roman architecture can be found all across Europe, from Italy to Greece to Britain. These magnificent buildings include the Coliseum, the Circus Maximus and the many aqueducts across the Empire. Although the Romans developed and designed many of their own structures, their architects were heavily influenced by the Greek and Etruscan civilisations. A number of materials would have been used in the construction of Roman buildings; including: stone, bricks, cement, concrete and marble.

Roman aqueducts were constructed to allow a constant flow of water to be brought into Roman cities and towns. This water would supply the Roman baths, public toilets, fountains and private households. Roman aqueducts were also built for agriculture and mining purposes. In mining they would collect large volumes of water and then release it to clear away soil and waste material in order to get to valuable commodities. Many springs were used to source Rome's water supply, most of these were located in the Anio Valley. By the third century AD there were eleven aqueducts flowing into Rome, which predominantly sourced the city's many public baths. Aqueducts were used throughout the Roman Empire and many of their remains can still be seen today.

Aqueducts required a comprehensive system of regular maintenance to repair damage and clear them of gravel and other loose debris. During the later stages of the Roman Empire many of the aqueducts were destroyed by invading barbarian hordes in order to cut off a city's water supply before attacking. The Circus Maximus was an ancient Roman chariot racing stadium and mass entertainment venue located in Rome; in between the Aventine and the Palatine hills. It was the largest stadium in the Roman Empire and could accommodate a massive 150, 000 spectators. The arena itself was 621m (2, 037ft) in length and 118m (387ft) in width.

The venue would be used for multiple events including; horse and chariot racing, religious ceremonies, athletics, plays and recitals, beast-hunts and gladiator contests etc.

The Coliseum had a staggering capacity of 50, 000 people and was the largest amphitheatre throughout the ancient world. Built using concrete and stone it is arguably the most iconic symbol of Roman architecture. The amphitheatre was built for the purpose of holding gladiatorial games and other public events. The building was originally known as the Flavian Amphitheatre as it was commissioned during the Flavian dynasty. Construction of the Coliseum began under the rule of the Emperor Vespasian in 72AD. The site was a flat area on the basin of a low valley basin between the Caelian, Esquiline and the Palatine Hills. In 79AD, the year of Vespasian's death, the Coliseum had been completed up to the third tier; the building was completed in 80AD by Titus, Vespasian's son.

In 217AD, the Coliseum was badly damaged by a major fire, which was caused by lightning, which destroyed the wooden upper levels of the amphitheatre's interior. It was not fully repaired until about 240AD and underwent further repairs in 250AD. The Coliseum itself was 189 meters (615ft) long, and 156 meters (510ft) wide. The height of the outer wall is 48 meters (157ft) and the perimeter originally measured at 545 meters (1, 788ft). The Roman road system was a vital part of Roman success; it allowed Rome's armies to move quickly around the Empire, for easier trade and better communication between provinces. During a millennium of Roman expansion over 400, 000 kilometres of road were laid. During the height of the Empire there were 29 highways going in and out of Rome.

Roman roads were a military responsibility; as the empire expanded the army would build more and more roads to allow better access in and out of the new territories. The financing of roads was a responsibility of the Roman senate. However, the maintenance of the roads was left to the province itself.

They would dig a ditch and dump large amounts of rubble, gravel and stone or whatever fills was available. If possible a layer of sand was put down, to fill all of the gaps in between stones. The surface was covered with gravel and compressed down, using a process called pavire. It could either be left like this or additional layers could be constructed. For example, flat stones may be placed on top, they would be rounded to allow the water to run off to the side of a road. As seen in the diagram below. The typical width of a road would have been 2.45m (8ft).