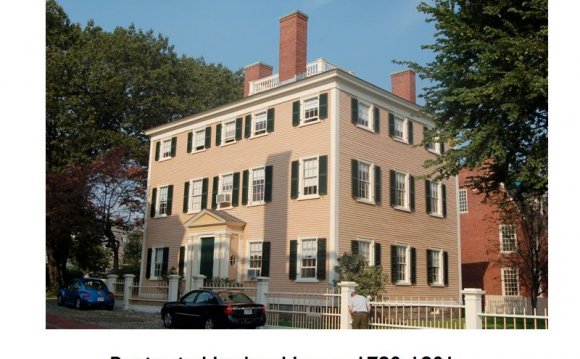 Federal style American revival of Roman architecture, especially associated with Thomas Jefferson and Benjamin Latrobe. It flourished from 1785 to 1820 and later in governmental building. The Federal style had definite philosophical ties to the concept of Rome as the republic that the new American country thought it reflected.

Jefferson suggested the Maison Carrée (a Roman temple of the 1st century bc in Nîmes, Fr.) and used it as the model for the Capitol Building at Richmond, Va. (1785–89), the first American public building to be modeled on a Roman temple in its entirety. Although adaptations for usage were made, the basic format and exterior appearance are similar to the original. The University of Virginia (1817–26) was Jefferson’s greatest Federal-style project. The rotunda, or library, of the university was derived from the Pantheon in Rome. Through the excellent example of his buildings, Jefferson established a direction for the Federal style and, by his official position as president of the United States, got the project for a new Federal-style capital city under way.

The later work of William Thornton shows the influence of Jefferson’s correct classicism. The other important architect to come under the direct personal influence of Jefferson was Benjamin Latrobe, who built the Roman Catholic cathedral of Baltimore, one of the most impressive examples of the Federal style in the United States. Finally, Latrobe was called to Washington to supervise the construction of the Capitol and undertook the largest project of the late Federal style.