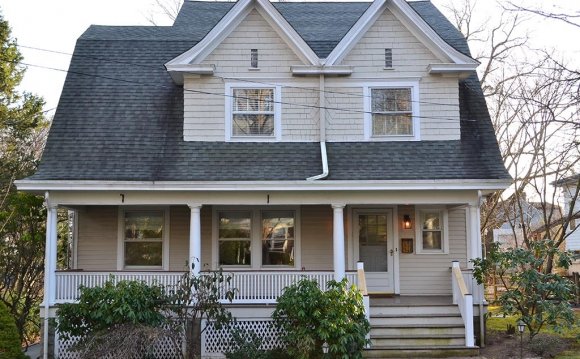 The Dutch Colonial Revival is considered a subtype of the Colonial Revival style. It often shares a great many of the same characteristics including symmetry, similar siding, windows, entries, and finishes both inside and out.

Where the Dutch Revival is most obviously different is in its distinctive profile; it's not uncommon to hear it described as a "barn house."

The gambrel roof allowed a complete second story to be built at minimal expense. Another advantage, as seen in the 1798 Federal Direct Tax records, was that gambrel-roofed houses were classified for tax purposes as one-story homes, which allowed them to be taxed at a lower rate than two-story houses.