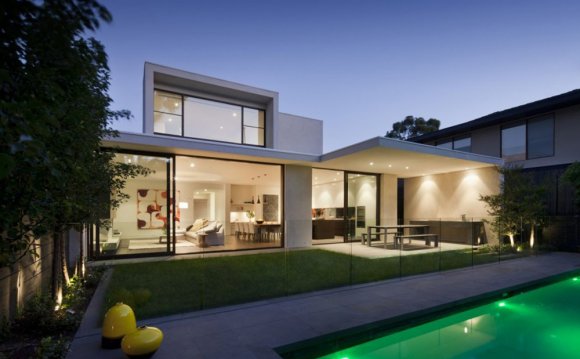 Home architecture styles tend to vary by region and even by state within a region in the U.S. Specific styles of homes can also be unique to one city or state. Watching the opening shots of TV shows, one is often able to pinpoint where the show takes place just by identifying the architecture styles of the homes shown on a street – think of “Full House” and the shot of the Painted Ladies row homes in San Francisco, pictured above.

Some of the most popular architecture styles for the U.S. are colonial and ranch/rambler style homes. These vary regionally as states with more traditional home styles such as colonial or Cape Cod aren’t as likely to also have contemporary or ranch-style homes. Some states have architecture more in common with neighboring regions than states in the same region.

Here are some pictures and descriptions of some common architecture styles for homes found in the U.S. Not all homes will fall into the following categories, and homes within a category may not look exactly like the pictures below.

Bungalows are a type of small craftsman home and typically have low pitched gabled roofs with wide overhangs. Bungalows are typically 1 to 1.5 stories. The name bungalow originated in India and referred to small thatched homes. French-style homes have brick, stone or stucco siding with flared eaves and dormers.

Log cabin/rustic homes are rectangular and can be made of either logs or other materials. Rustic homes are typically made out of wood and made to fit in with their surroundings.

Modern homes are built in a futuristic style compared to their contemporaries. Modern homes are boxy, often with floor-to-ceiling windows and other unusual exterior features. Contemporary homes are a subset of modern homes, as they are being built today and are a popular style.

Ranch/rambler houses became popular starting in the 1950s, with a one-story, rectangular, L- or U-shaped design and an attached garage. A popular variation on traditional ranch house is a split-level ranch house.

Traditional-style homes incorporate style characteristics from other home styles all in the same home. The following home can be described as traditional, and incorporates some elements from Cape Cod, craftsman and ranch/rambler style homes. Victorian homes are from the latter half of the 19th century. Builders during this period experimented with curved towers topped with turrets, bay windows, patterned shingles and asymmetrical houses.

Midwestern states most commonly have bungalow and ranch/rambler-style houses. Kansas, South Dakota, Nebraska, Minnesota, Missouri and Illinois primarily have these styles of houses. About half of the houses in Michigan are the three styles listed above, although Michigan also has about a third of houses built in the colonial style. Ohio is least like the other Midwestern states, most likely due to its proximity to the Northeast. Houses in Ohio are most likely to be Cape Cod or colonial style than bungalow or rambler/ranch style. Midwestern states are also more likely to have pre-fabricated, or manufactured, homes than other regions.

Southern states have a wide variety of architecture styles, due to the large size of the region. Delaware is more like Northeastern states, with many colonial style houses. Many homes in the South are described as “traditional.” Traditional-style houses are a style that is used to describe Southern and Western houses but is not used to describe houses in the Northeast or Midwest.

Texas is characterized by having traditional and contemporary houses. Virginia has traditional, ranch/rambler and colonial as its most prevalent house styles. Oklahoma houses are mainly described as traditional houses. Georgia has the majority of houses described at traditional, with French and colonial as other common styles. In fact, around 20 percent of the homes in Georgia can be characterized as the French style, which is unique to Georgia. West Virginia is split between Cape Cod, modern (most likely mid-century modern), colonial and log cabin/rustic homes.