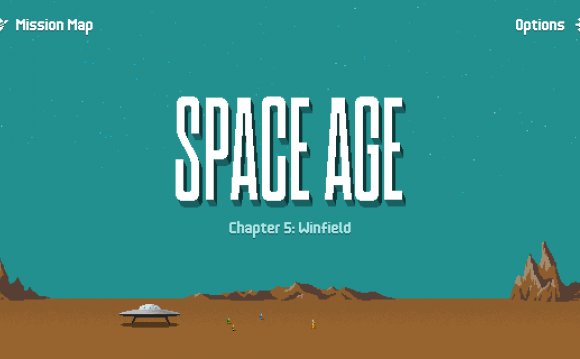 Few Americans considered the reception on Friday, 4 October 1957, at the Soviet Union's Embassy in Washington, DC, to be anything out of the ordinary. It was the appropriate culmination of a week-long set of international scientific meetings. It was also, in the cynical Cold War world of international intrigue between the United States and the Soviet Union, an opportunity to gather national security intelligence and engage in petty games of one-upmanship between the rivals. This one would prove far different. The one-upmanship continued, but it was far from petty. To a remarkable degree, the Soviet announcement that evening changed the course of the Cold War.

Dr. John P. Hagen arrived early at the party; he wanted to talk to a few Soviet scientists, those he considered personal friends from long years of association in international scientific organizations, to learn their true feelings about efforts to launch an artificial satellite as part of the research effort known as the International Geophysical Year (IGY). Hagen, a senior scientist with the Naval Research Laboratory, headed the American effort to launch a satellite for the IGY, code named Project Vanguard. It was behind schedule and over budget. Was the same true of the Soviet Union, or would it go up in 1958 as planned?

Hagen had been through a wringer this last week. Beginning on Monday, 30 September, the international scientific organization known as CSAGI (Comité Speciale de l'Année Geophysique Internationale) had opened a 6-day conference, at the National Academy of Sciences in Washington, on rocket and satellite research for the IGY. Scientists from the United States, the Soviet Union, and five other nations met to discuss their individual plans and to develop protocols for sharing scientific data and findings. Hints from the Soviets at the meeting, however, threw the conference into a tizzy of speculation. Several Soviet officials had intimated that they could probably launch their scientific satellite within weeks instead of months, as the public schedule said. Hagen worried that scientist Sergei M. Poloskov's offhand remark on the conference's first day that the Soviet Union was "on the eve of the first artificial earth satellite" was more than boastful, alliterative rhetoric. What would a surprise Soviet launch mean for his Vanguard program and for the United States, he wondered?

Hagen did not have long to wait to learn the answer to this question. The party had gathered in the second floor ballroom at the embassy when a little before 6:00 p.m. Walter Sullivan, a reporter with the New York Times who was also attending the reception, received a frantic telephone call from his Washington bureau chief. Sullivan learned that the Soviet news agency Tass had just announced the launch of Sputnik 1, the world's first Earth-orbiting artificial satellite. When he returned to the party Sullivan sought out Richard Porter, a member of the American IGY committee, and whispered, "it's up." Porter's ruddy face flushed even more as he heard this news, although he too suspected Sputnik's imminent launch, and he glided through the gaggles of scientists, politicians, journalists, straphangers, and spies in search of Lloyd Berkner, the official American delegate to CSAGI.

When told the news, Berkner acted with the characteristic charm of his polished southern gentleman demeanor. Clapping his hands for attention, he asked for silence. "I wish to make an announcement, " he declared. "I've just been informed by the New York Times that a Russian satellite is in orbit at an elevation of 900 kilometers. I wish to congratulate our Soviet colleagues on their achievement." On the other side of the ballroom Hagen's face turned pale. They had beaten the Vanguard satellite effort into space. Were they really the greatest nation on Earth, as their leaders boisterously reminded anyone who would listen? Were they really going to bury us, as Soviet Premier Nikita Khrushchev announced at the United Nations? What could the United States do to recover a measure of international respect?

The inner turmoil that Hagen felt on "Sputnik Night, " as 4-5 October has come to be called, reverberated through the American public in the days that followed. Two generations after the event, words do not easily convey the American reaction to the Soviet satellite. The only appropriate characterization that begins to capture the mood on 5 October involves the use of the word hysteria. A collective mental turmoil and soul-searching followed, as American society thrashed around for the answers to Hagen's questions. Almost immediately, two phrases entered the American lexicon to define time, "pre-Sputnik" and "post-Sputnik." The other phrase that soon replaced earlier definitions of time was "Space Age." With the launch of Sputnik 1, the Space Age had been born and the world would be different ever after.

Sputnik 1, launched on 4 October 1957 from the Soviet Union's rocket testing facility in the desert near Tyuratam in the Kazakh Republic, proved a decidedly unspectacular satellite that probably should not have elicited the horrific reaction it wrought. An aluminum 22-inch sphere with four spring-loaded whip antennae trailing, it weighed only 183 pounds and traveled an elliptical orbit that took it around the Earth every 96 minutes. It carried a small radio beacon that beeped at regular intervals and could by means of telemetry verify exact locations on the earth's surface. Some U.S. cold warriors suggested that this was a way for the Soviets to obtain targeting information for their ballistic missiles, but that does not seem to have actually been the case. The satellite itself fell from orbit three months after launch on 4 January 1958.