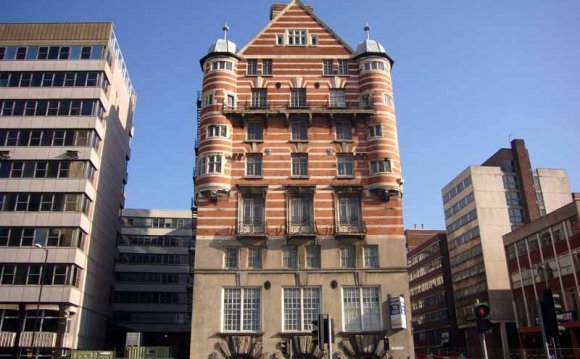 Home to the Houses of Parliament of the United Kingdom (the House of Commons and the House of Lords), the Palace of Westminster isn’t only one of the most recognizable symbols of London. It is also one of the most famous buildings in the world. Its history dates back to the 11th century but the medieval palace complex was destroyed in a fire in 1834. The Palace got its present-day Gothic style appearance following an extensive reconstruction to the design of architect Charles Barry (1795-1860) after the 1834 fire. In 1970, the Palace of Westminster was designated as Grade I listed building and in 1987, it was declared a UNESCO World Heritage Site.

The Osborne House is another fine example of the Italianate architectural style. The former royal residence in the Isle of Wight was built in the mid-19th century by Thomas Cubitt (1788-1855) to the design of Prince Albert (1819-1861) himself. Queen Victoria loved to retreat to Osborne with her husband as well as during her widowhood and died at the estate in 1901. After her death, a part of the Osborn House was turned into a private museum which, however, was open only to the members of the royal family. In the early 20th century, the House was also briefly used as a naval college.

The Palm House in the Kew Gardens is widely considered as one of the most iconic Victorian structures and one of the most notable iron and glass structures from the Victorian era. Designed by Decimus Burton (1800-1881) and built by Richard Turner (1798-1881) in the 1840s, the greenhouse was at the time one of the greatest feats of engineering. Housing tropical and subtropical plants including palms ever since, the Kew’s Palm House was the first in the world to be built with wrought iron in such a scale without being supported by any columns.

The Balmoral Castle is another Victorian masterpieces that was built for Queen Victoria and Prince Albert who purchased the estate at the village of Crathie in Aberdeenshire, Scotland, as private property in 1852. Shortly thereafter, they commissioned architect William Smith (1817-1891) to create design for a new castle. Smith’s design which is considered as one of the finest examples of the Scots Baronial revival, however, includes modifications that were made by Prince Albert. The Balmoral Castle has been a private property of the royal family ever since its completion in 1856 but its gardens are open for public viewing during spring and summer months.

The Victoria Building is the former headquarters of the University of Liverpool that was erected to the plan of architect Alfred Waterhouse (1830-1905) from 1889 to 1892. Built entirely from red pressed brick, the Victoria Building inspired the term “red brick university” that was used to refer to civic universities. In 2008 when the city of Liverpool was the European Capital of Culture, the renovated Building was re-opened as the Victoria Galley & Museum. Ever since, it has been housing an impressive art collection and artifacts from more than a century long history of the University of Liverpool.

Named after Prince Albert, the Royal Albert Hall has been one of London’s favorite entertainment venues since the Victorian era. The Italianate style concert hall has been hosting live music concerts by some of the world’s greatest artists, dance performances, award ceremonies, sport events, film screenings and a variety of other shows for nearly 150 years. Opened by Queen Victoria in 1871, the Royal Albert Hall was built in just four years to the design of Captain Francis Fowke (1823-1865) and Major Henry Y.D. Scott (1822-1883) from the Corps of Royal Engineers.

According to many one of the most spectacular Gothic revival buildings from the Victorian era and one of Manchester’s most famous landmarks, the Manchester Town Hall is the work of the celebrated Victorian architect Alfred Waterhouse. Originally used for the city council meetings which are now held in the Town Hall Extension (built in the 1930s), the Manchester Town Hall is today a popular venue for weddings, conferences and a host of other events. It has recently also become a popular filming location; among others, it was also used as a location for Sherlock Holmes (2009), The Iron Lady (2011) and Victor Frankenstein (2015) as well as the 2003 BBC series State of Play.

The Carson Mansion is a spectacular Victorian house in the Eureka Old Town, California. It is widely considered a prime example of the American Queen Anne style architecture which was popular in the United States in the late 19th and early 20th century. The house, which was designed by architects Samuel and Joseph Cather Newsom, was built for the American entrepreneur William Carson (1825-1912) from 1884 to 1886. Since 1950, it has been used as a private clubhouse by the Ingomar Club which acquired it from the owners one year earlier. Unfortunately, neither the house nor the grounds are open to public.

The term “Postcard Row” refers to the colorful Victorian row houses known as the Painted Ladies that were built by Matthew Kavanaugh in the 1890s at Hayes and Steiner Streets in San Francisco. Over 40, 000 Victorian (and Edwardian) style houses were built in San Francisco from the mid-19th to the early 20th century, with many being vividly painted. Many, however, were destroyed during the 1906 earthquake, while thousands were demolished, repainted or remodeled in the following decades. Of those surviving all the hardships, the “Postcard Row” houses are the most famous and according to many, the most beautiful of all San Francisco’s Painted Ladies.

How to Build a Victorian House in Minecraft: Minecraft ...