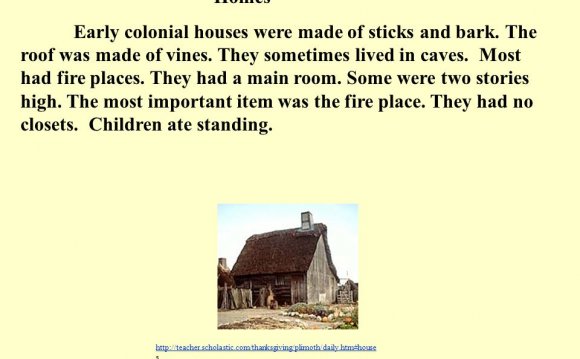 The history of the "Old Colonies Style" of the 20th century.

The first waves of America’s most enduring architectural obsession . . . As the Victorian era drew to a close, nostalgic Americans looked to the architecture of the original Colonies for inspiration. Vernacular traditions (chiefly English, but also Dutch and German) were thrown into the mix, and everywhere the decorative vocabulary was that of 18th-century classicism.

The English Colonial Revival, which resulted in a national architectural vocabulary, was a movement with roots in Victorian-era Boston and Philadelphia. The “revival” encompassed every sort of replica and free adaptation of styles from the colonial, Federal, and Greek Revival periods (i.e., ca. 1670–1845). Colonial Revival houses were designed in a cluster of nostalgic sub-styles. Early on, Palladian windows, multi-light sash, broken pediments, and classical columns decorated large houses that retained Victorian-era massing with verandahs.

The rekindling of public interest in things Colonial dates to the 1876 Centennial, which opened the floodgates of patriotic sentiment and, among other things, focused attention on the rapid disappearance of original Colonial buildings. After that, architect Charles McKim and colleagues launched their seminal study tour of the old houses of New England. Their earnest photographing and sketching resulted in a “modern colonial style” of building: a studied vernacular of stained shingle walls, steep roofs, and classical ornament borrowed from Georgian buildings. (Since the 1950s, many of these houses have been labeled as Shingle Style.)

Motifs used in pure, simplified, or mixed-up form include pedimented porticoes, columns, dentil mouldings, a modified Federal entry door with sidelights, and Palladian windows. This 1895 house is by Stanford White.

These new houses were not replicas, nor were they intended to be. They were often larger than the originals, not often symmetrical. Greek columns, Roman pilasters, and Palladian windows were used to great effect in 1900, as they were during the Georgian and Federal periods [in America, the 18th century to about 1840]. Other details of real Colonial houses came back into vogue as well, including multi-light window sash, heavy shutters, hipped roofs, fanlights, Adamesque mantels, and graceful staircases with turned balusters. The center hall plan returned. The traditions revived were mostly English, of course, but the Colonial Revival also absorbed Dutch and German ones. FREE CLASSIC: The huge McFaddin–Ward House in Beaumont, Texas, is an especially memorable example of the bold “revival” houses built after the 1893 World’s Columbian Exposition. Designed by Beaux Arts architect Conrad Mauer in 1906 in a kind of fictionalized Southern Colonial style, the house is, according to Richard Guy Wilson, “one of the Deep South’s most prominent examples of columnitus giganticus.”

This 19th-century period encompasses the Shingle Style houses that were loosely based on New England vernacular forms. There was no attempt to be archaeologically correct; ornament from the Georgian and Federal periods (and even the Greek Revival) might coexist on the same asymmetrical house. Historian John Burrows has suggested the name Old Colonies Style for the nostalgic houses of the early revival, and particularly for their interiors, which often mixed iconographic “colonial” items such as a Windsor chair or spinning wheel with English art-movement wallpaper by William Morris and the odd piece of Arts and Crafts furniture.

NOSTALGIC: An apparently modest, shingle-sided cottage built in 1892 on Long Island and attributed to McKim, Mead and White, this one recalls the English gambrel roofs of southern New England.

First wave Pictured is the New Jersey Pavilion for the 1893 Columbian Exposition in Chicago. Based on George Washington’s headquarters at Morristown, this example from the end of the Victorian period added a ceremonial Georgian pediment—and a Victorian wrap-around verandah.

Transitional This typical Foursquare house has Colonial Revival details like the front door with sidelights (but no fanlight above), corner pilasters, and a modified Palladian window. Houses of this era often had classical or “colonial” features grafted onto Queen Anne or transitional house forms. These are not Colonial replicas. But they are no longer Victorian.

Academic Pictured is The Beverly, “A Stately Colonial Home, ” from the 1927 Montgomery Ward catalog. Sales copy points to the Colonial windows and quaint entrance. Despite the obvious 20th-century date of this dwelling (and the fact that it’s being marketed to the middle class), this example, like most built from 1910 through the 1930s, is more academically correct that the transitional revival houses had been. The emphasis is on not only classical details but also the rectilinear, symmetrical forms of the 18th century. Many such houses build during the 1920s boom survive across the nation. The Colonial Revival reappeared after the Second World War, along with both formal classical and Early American interiors.

Colonial Revival Maine
A regional take on the development of a new colonial style (i.e., the Shingle Style) by late-Victorian architects. Classical and colonial influences are evident in architect-designed “summer cottages” in Maine’s seaside resorts. Period drawings and archival photos of interiors (very helpful!) are accompanied by exterior views and new photos.

How To Flip an Early 20th Century Spanish Colonial House ...