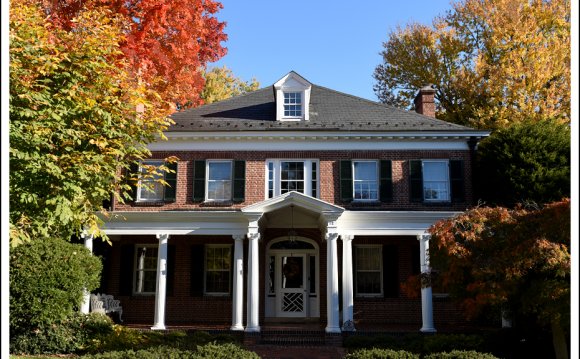 In Europe, the dominant style of architecture during the 18th century is known as "Neoclassical."

In Great Britain, in the first half of the 18th century, the first phase of Neoclassicism was influenced by the books of the Italian Renaissance architect Andrea Palladio (1508-80).

In the second half of the 18th century Robert Adam (1760-1792) first popularized a simpler, purer Neoclassical style based on excavations in Herculaneum and Pompeii.

Both Palladian and Adam variations of Neoclassicism are also referred to in terms of the reigning monarch (1760-1820) as George III, or simply Georgian.

In New England, the English Georgian style came to America by way of British pattern books (especially Giacomo Leoni's 1715 edition of Palladio's Works) and an ever-swelling wave of masons, carpenters, and joiners who emigrated from England.

In New England, Colonial architecture is also referred to as "Georgian."

The first example of Georgian style in America was the Wren Building (begun in 1695) at the College of William and Mary, and soon after that the Governor's Palace and the Capitol in Williamsburg, Virginia.