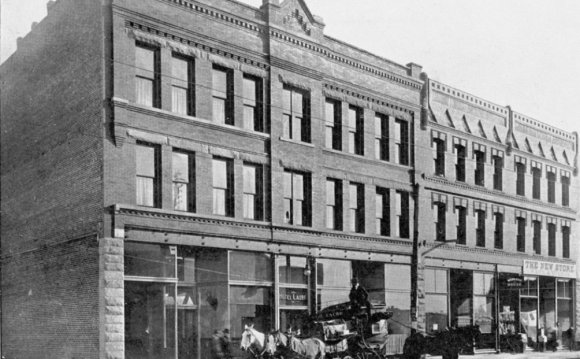 BACKGROUND AND INSPIRATION: Is postmodern a “style”? The postmodern era is most associated with architecture appearing since the late 1970s, continuing through today. Often postmodern architecture is referred to as neo-eclectic, essentially representing a loosely interpreted revival of historical styles mixed with modern construction techniques for newer houses. For commercial buildings, postmodernism represents an escape from the confines of the “anonymous glass box” of the International style. Instead of the modernist, “less is more” mantra, postmodern architect Robert Venturi famously retorted that “Less is a bore”. This reaction to modernism has led to an unending variety of forms and sleek, asymmetrical designs for commercial buildings. Postmodernism is often used as an allusion to the past, with multiple associations and meanings. It is a partial rejection of modernist thought, a return to traditional, historical precedents, a re-awakened interest in history and heritage.

Postmodernism coincides with both the historic preservation movement and the new urbanism movement quite well. Historical features tend to be widely exaggerated, and the critics of postmodern architecture point to the fact that its architects do not necessarily try to replicate historic styles. Instead, postmodernism seemingly makes fun of the past, using a wide variety of historic forms, simplifying and mixing them into an unorganized, illogical jumble of a building. Others enjoy the trend away from strict functionalism, citing a nice “balance” between the sleek, technical look of modern architecture and the wide variety of historic forms that can be applied (I tend to agree with this latter perspective). For residential architecture, we see a variety of “neo” styles that represent a second or third round of revivals: neo-victorian, neo-mansard, neo-craftsman, and more neo-colonial revival that remains ever-popular. How I Build A Commercial Building (in Revit Architecture)