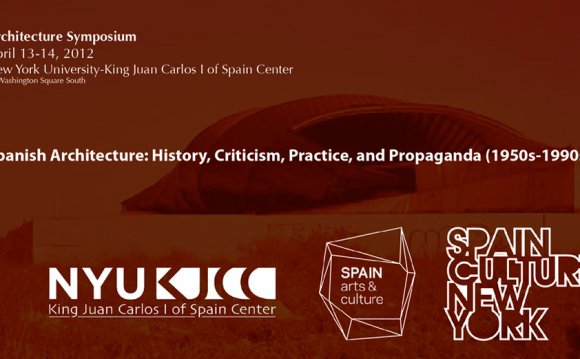 These buildings -temples, castles, palaces— communicated in different ways the idea of power and control, and were meant to last. Others buildings, e.g. the homes of ordinary citizens were less important, although many have survived in the historical quarters of many cities.
When cultures come together on a large scale, or “clash” (to use Samuel Huntington’s term), there may be considerable social upheaval and displacement. In Spanish architecture, this was expressed in the buildings that the dominant culture erected, and the geographical area that these buildings covered helped to identify the extent or limitations of their presence or power. Such buildings often bore an identifying sign or design (e.g. the design of a church and mosque are quite different), and as the community grew so the buildings became larger or more impressive in some way, both as a more pronounced declaration of self identity and as territorial markers.

As in other countries, Spanish architecture also reflected internal ideological divisions or regional rivalry. Castles, for example, didn’t always signify a means of defence against a foreign force; they might be built by a ruler to reinforce his control within his own territory. In other instances, castles were a visible expression of the power, wealth or prestige acquired by an individual, in which case they were more likely to be palatial than military in their structure.

Buildings as expressions of power, prestige etc. are still very much with us. Take, for example, skyscrapers, for long associated with the U.S.A. They are architectural metaphors of the rise of that country as a world power. Now other growing world powers (e.g. India, China, Brazil) or countries wishing to be "seen" (e.g. Malaysia, Dubai), are all busy constructing skyscrapers or hugely impressive buildings (such as e.g. sports stadiums). Within this context, the destruction of the Twin Towers in New York on September 11, 2001, was intended to undermine the authority and prestige of the U.S.A. and humiliate Americans, especially as it was carried out by a small group of individuals. It was meant to show, graphically, how the mighty can fall!

What we want to do in these pages is look over the remarkable variety of Spanish architecture. We’ll start with the Romans who controlled Spain for some 600 years, and left one of the richest and most varied architectural legacies of all, including walled cities, theatres, amphitheatres, arenas, aqueducts and bridges.

The Middle Ages are a particularly exciting period in Spanish architecture because of the meeting of two major cultures: Christian and Muslim (Moorish is the usual term in the Spanish context). Córdoba's mosque-church. To the left the high
vaulting of the church, to the right the low
slung mosque. Two views of approaching the
same God.
We hope to show how Christian and Moorish architecture reflects their different perspectives of the world or of changing circumstances; this is particularly so in their houses of worship, palaces and castles. We’ll also explore a very interesting phenomenon in Spanish architecture: Mozarabic and Mudejar architecture, the results of the close proximity in which Christians and Moors lived.
Source: www.spainthenandnow.com

Spanish Architecture in the Philippines