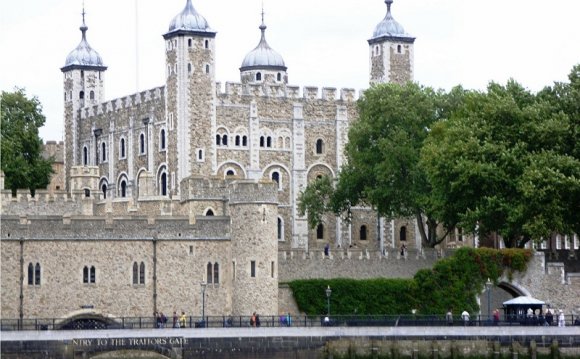 These places have a sublime beauty all to themselves. Over the holiday, I passed Sleaford Maltings, the incredible industrial complex that the Bass Brewery built in Lincolnshire. It is a heart-stopping sight but it is also derelict and in urgent need of a new use. The heritage crisis of the 21st century is the fate of our industrial past.

The 20th century saved the country houses, and we can celebrate that, but the effects of our long obsession with the countryside have been a neglect of our unique industrial heritage. Ditherington Flax Mill, one of my top 10, was rescued from collapse by English Heritage in 2005 and is only now finding a new use. Another on my list — Liverpool Road Station, Manchester, the earliest surviving railway station in the world – faces the prospect of its original viaducts being demolished by Network Rail. This would never be contemplated if a line involved the demolition of part of Highclere Castle (where Downton Abbey is filmed). We need to accept that our unique contribution to the world was not cucumber sandwiches, however nice they are.

This year will be important for our nation’s heritage. In 2013, we celebrated a century of heritage protection by the state, allowing us to enjoy our countryside. In 2014, all three national heritage agencies — Historic Scotland, Cadw (in Wales) and English Heritage — will be under review, and the outcome will affect their ability to continue to do their jobs into the next century. Each agency will have its work cut out, but I predict that facing the consequences of deindustrialisation will be somewhere at the top of their lists. Coronation church and mausoleum, Westminster Abbey has been a royal foundation since the 960s, and money was lavished on it by successive monarchs.

Although only a few Saxon fragments survive, it was here that Edward the Confessor developed the style that we call Norman. It was also here that Henry III began his lavish Gothic rebuilding, a project that continued, after his death, for nearly three centuries. The nave today demonstrates the rich taste of English medieval monarchs and their masons, with large-scale sculptures and carved and painted heraldic shields.

The abbey set the standard for aspiring builders for centuries. Rievaulx Abbey is England’s most beautiful ruin. Deliberately built in a remote valley by Cistercian monks, it was originally a virtually self-sufficient community.

Like 839 other monasteries, friaries and nunneries, Rievaulx was suppressed by Henry VIII in the 1530s, but its remote position meant that much of its stonework still stands. It is easy to forget what a big role monasteries played in medieval society, and the Cistercian houses of Yorkshire were responsible for developing a style of building with pointed arches that we call Gothic.

This spread to become the dominant architectural style of Britain for 300 years.

In James I’s London, a new type of house was developed. It was then known as a “row house”, but today we call it a terrace. These houses, built of brick from the 1620s, became the backbone of the city after the Great Fire of London. Not many early examples survive unaltered, but the pattern developed in the 1670s became the blueprint for a huge proportion of urban housing even today. Uniform on the outside, but individualistically decorated within, in many senses they encapsulate the characters of the people who lived in them.

Although Inigo Jones and a small group of other architects in the 17th century had conceived buildings that were rigorously faithful to ancient Roman buildings, it was not until after 1700 that patrons and architects became obsessed with designing buildings using the ancient orders of architecture precisely. An early example of this was the courtyard built at Christ Church by Dean Aldrich in 1707-14 to house rich undergraduates. The courtyard was a startling new look, and when the style was taken up by the circle of the royal court, it was adopted for houses, public buildings and churches everywhere.

During the late 18th century, British manufacturers revolutionised the production of cotton, using machinery powered by waterwheels. By 1800, there were 900 cotton mills employing 400, 000 people. Vast new mills were built — but there was a problem. Brick and timber construction was vulnerable to fire, and many mills lit by oil or gas burnt down.

Ditherington Flax Mill was the world’s first incombustible iron-framed building. It was also the ancestor of every large building with a steel frame today, from supermarkets to skyscrapers.

Britain’s industrial revolution entered a new phase after 1830. Instead of waterwheels, new coal-fired steam engines were used to power both the mills and other new types of manufacturing. As Britain became the dominant power in the world, success was built on urban factories. A&G Murray’s mills were the first in which manufacturing processes were all powered by steam. Started in 1801-2, these hulks look, at a distance, like a Georgian street, but behind the iron casements, they drove the largest economy the world had ever seen.