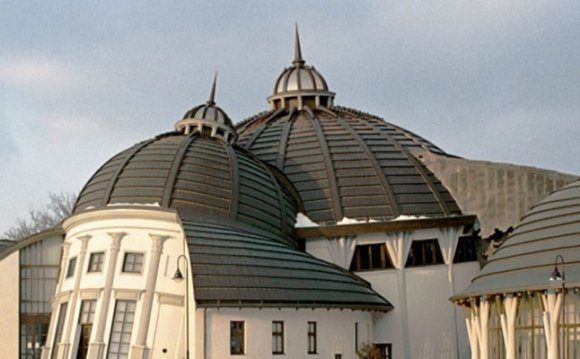 Most observers agree that the applicability of the term “Celtic architecture” is largely a matter of perception since no such tradition of building design has survived into the modern or pre-modern eras, or at least none that can be labelled as authentically Celtic in origin. Indeed what defines a particular construction and artistic style as “Celtic” is itself debatable in light of the widely variant types of architecture popular at one time or another in the Celtic-speaking nations of Ireland, Scotland, Wales, Cornwall, Mann and Brittany. Only a handful of these types some could be regarded as stemming from indigenous thought or innovation. Unsurprisingly one has to go back quite a distance into history to find a design form explicitly associated with the Goidelic, Brythonic and Gaulish peoples of north-western Europe, the academically labelled “Celtic roundhouse”. For centuries this particular type of free-standing structure dominated the landscapes of the Insular and Continental territories, with examples in Ireland ranging from the Bronze Age to the Middle Ages, a span of some 3000 years. Given such an extended history the “Celtic” designation may have some validity, especially when one considers that circular residences effectively replaced the oblong dwellings common to the proceeding Neolithic. Were roundhouses one of the cultural signafiers of the emergence of the proto-Celtic peoples along the Atlantic seaboard?

Early Irish law tracts, as well as various secular texts, give surprisingly detailed descriptions of these buildings, usually referred to as a teach, most of which tally with recent archaeological studies. The expected dimensions of the homes of the middle- and upper-classes are spelled out in these manuscripts, along with such factors as the placement of entranceways, hearths, sleeping-platforms, paved-flooring, rain-gutters and so on. What is most apparent with Irish roundhouses and their equivalents elsewhere in the Celtic world is the continuity of form and function. Having perfected the design at an early stage most later developments focused on size, ornamentation and material composition, the latter often dictated by local conditions: the use of dry-stone walls instead of organic ones in some regions, the development of the cúlteach or “backhouse” to create a double-roundhouse or figure of eight layout, the possible addition of an elevated platform or “balcony” under the roof in larger dwellings, the provision of subterranean cellars and passages (an uaimh or uaimh thalún) in less secure territories, the use of expensive shingles or wooden roof-tiles, the erection of internal, possibly movable, decorative screens or walls, and so on. However by the Middle Ages, under the corrosive impact of Scandinavian and Norman-British invasions, the Continental-style of relatively plain oblong and square buildings had once again became the norm in Ireland.