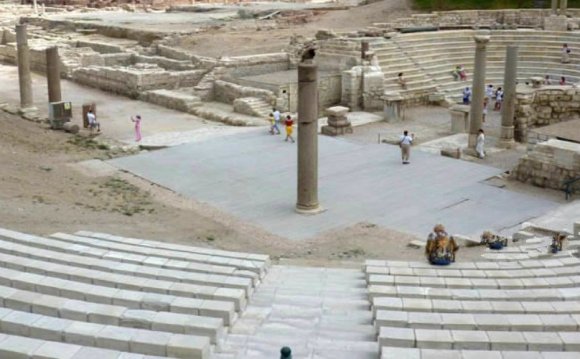 Some stuff the ancient Romans were good at - other stuff they weren't. In terms of the abstract sciences and literature, they were always in the shadow of their Greek neighbors. Their poetry never reached the same heights, their philosophies of Stoicism and Epicureanism were borrowed, and anyone who's ever used Roman numerals knows how difficult the system was even for even simple arithmetic.

If you wanted someone to explain geometry, you asked a Greek. If you wanted someone to build you a floating bridge, a sewer network or a weapon that could fire flaming balls of gravel and tar 300 hundred yards (274 meters), you called a Roman. As much as the Greeks gave us, Rome's brilliant architectural, organizational and engineering feats that make them stand out among the ancient peoples. Despite the fact that their knowledge of math was rudimentary, they constructed models, experimented, and built as sturdily as possible to compensate for their inability to calculate for stress and weight. The result is a set of edifices and architectural achievements that stretch from the Limyra Bridge in Turkey to Hadrian's Wall in the United Kingdom.

With so many brilliant examples, many of which are still in excellent condition, it's hard not to have picked up a few pointers about how to build structures that last.