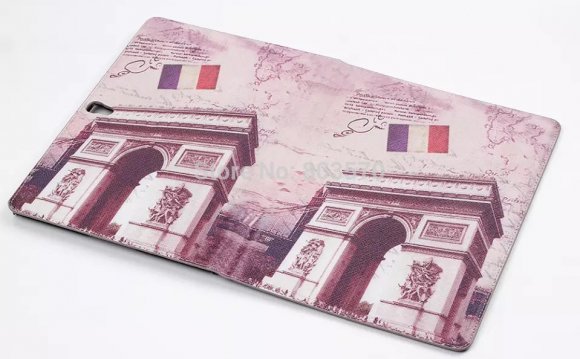 The name gives it away–Romanesque architecture is based on Roman architectural elements. It is the rounded Roman arch that is the literal basis for structures built in this style.

All through the regions that were part of the ancient Roman Empire are ruins of Roman aqueducts and buildings, most of them exhibiting arches as part of the architecture (you may make the etymological leap that the two words—arch and architecture—are related, but the Oxford English Dictionary shows arch as coming from Latin arcus, which defines the shape, while —as in architect, archbishop and archenemy—comes from Greek arkhos, meaning chief and ekton means builder).

When Charlemagne was crowned Holy Roman Emperor in 800 C.E., Europe began to take its first steps out of the “Dark Ages” since the fall of Rome in the fifth century. The remains of Roman civilization were seen all over the continent, and legends of the great empire would have been passed down through generations. So when Charlemagne wanted to unite his empire and validate his reign, he began building churches in the Roman style–particularly the style of Christian Rome in the days of Constantine, the first Christian Roman emperor. After a gap of around two hundred years with no large building projects, the architects of Charlemagne’s day looked to the arched, or arcaded, system seen in Christian Roman edifices as a model. It is a logical system of stresses and buttressing, which was fairly easily engineered for large structures, and it began to be used in gatehouses, chapels, and churches in Europe.

These early examples may be referred to as pre-Romanesque because, after a brief spurt of growth, the development of architecture again lapsed. As a body of knowledge was eventually re-developed, buildings became larger and more imposing. Examples of Romanesque cathedrals from the early Middle Ages (roughly 1000-1200) are solid, massive, impressive churches that are often still the largest structure in many towns.

In Britain, the Romanesque style became known as “Norman” because the major building scheme in the 11th and 12th centuries was instigated by William the Conqueror, who invaded Britain in 1066 from Normandy in northern France. (The Normans were the descendants of Vikings—Norse, or north men—who had invaded this area over a century earlier.) Durham and Gloucester Cathedrals and Southwell Minster are excellent examples of churches in the Norman, or Romanesque style.

The arches that define the naves of these churches are well modulated and geometrically logical—with one look you can see the repeating shapes, and proportions that make sense for an immense and weighty structure. There is a large arcade on the ground level made up of bulky piers or columns. The piers may have been filled with rubble rather than being solid, carved stone. Above this arcade is a second level of smaller arches, often in pairs with a column between the two. The next higher level was again proportionately smaller, creating a rational diminution of structural elements as the mass of the building is reduced.

Gloucester Cathedral, decorative carving on the nave arcade and triforiumThe decoration is often quite simple, using geometric shapes rather than floral or curvilinear patterns. Common shapes used include diapers—squares or lozenges—and chevrons, which were zigzag patterns and shapes. Plain circles were also used, which echoed the half-circle shape of the ubiquitous arches.